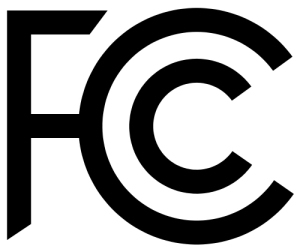 Federal Communications Commission regulators voted unanimously Thursday to open up spectrum to wireless body sensors, making the U.S. the first country to do so.

At an open meeting, commissioners voted 5-0 to allocate 40 megahertz, from 2360 to 2400 megahertz on the band, for medical area body networks, or MBANs. This spectrum could then be used by disposable, wearable body sensors that monitor heart rate, glucose levels, blood pressure or other vital signs for patients at home or in the hospital, enabling more people to be monitored at health care facilities and freeing them from a tangle of cables, electrodes and tubes that can harbor germs.

Remarks given at a media event by FCC chairman Julius Genachowski last week indicated the FCC would approve the measure.

"This is a feel-good item," Julius Knapp, chief of the FCC' s Office of Engineering Technology, said at the meeting, which was shown live on a webcast.

The proposal to open up the spectrum came from GE Healthcare and Philips Healthcare, which had to work with the FCC to hammer out a deal with the aeronautics industry, as the spectrum is shared with flight testing operations. Parts are also shared with amateur radio operators.

In a joint announcement, the two big device makers hailed the ruling for its potential to "revolutionize" patient monitoring technologies.

"By providing access to spectrum that is free of transmissions from WiFi and other ubiquitous high-powered consumer devices, the FCC's ruling is a key enabler for MBANs," the companies said.

According to FCC documents, MBANs would work by having sensors worn on patients transmit data to a "hub" nearby, which could then send the information on to medical personnel using a local area network.

Under the deal, to prevent conflict with flight test operations, the medical sensors will mostly be used indoors and over short ranges. An appointed MBAN coordinator would also work with an Aeronautical Mobile Telemetry coordinator to prevent interference with AMT uses.

In his comments, Commissioner Ajit Pai said the agency still had a to finalize a few points before MBANs could be deployed, such as appointing an MBAN coordinator. However, he said these last steps should only take about a year, ahead of the final action target of June 2013.

"Additionally, once MBAN devices begin to be deployed, we should assess their performance and see if there are opportunities to expand their use," he said.