Special report: CT in the ER and OR 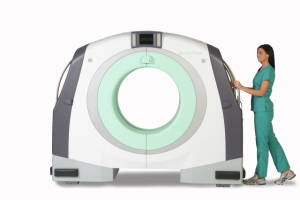 One of CT’s strong points has always been its speed, a factor that’s especially useful in a hospital’s emergency department. A study presented at RSNA and published in Radiology found that the prevalence of CT scans in the ED is on the rise, and if the trend continues, nearly 20 percent of all ED visits this year may involve a CT exam.

In the study, the researchers used data collected by the National Hospital Ambulatory Medical Care Survey from 1995 through 2007 to identify trends in the use of CT in ED. They found that the number of ED visits that included a CT scan increased from 2.7 million in 1995 to 16.2 million in 2007, an almost six-fold increase and an average annual growth of 16 percent.

Toshiba says it’s seeing a lot of activity around placing CT scanners into an ED, especially for evaluating chest pain cases in the ER, a point of care that’s considered by some “as the gatekeeper for the hospital,” says Cooper.

One small CT manufacturer based in Danvers, Mass. is acting on that information and is staking its ground in the ED, along with neuro intensive care units, stroke and trauma centers and operating rooms.

The system, which is pending FDA approval, is a fully lead-shielded unit that can turn an emergency room into a scanning room and bring imaging to the patient in the OR, says David Webster, vice president of marketing and sales for NeuroLogica.

But convincing radiologists that they’re not sacrificing image quality with a portable CT scanner is not always easy. Many radiologists are also reluctant to embrace the concept of bringing imaging to the patient, rather than say, transporting a patient from the OR to the radiology department. Webster says it has taken the company “years and numerous clinical papers” to convince some radiologists that moving an OR patient for imaging is a cause for concern.

Portable or not, radiation dose is still a problem, but NeuroLogica addressed the issue years ago. “When we introduced CereTom, there was this overwhelming paranoia from the radiologists that if we didn’t put certain safety features in the CereTom, it was going to be used and abused by all kinds of different people because it’s portable,” says Webster.
1(current)
2
3