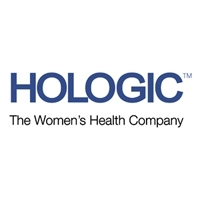 The company reports a solid
quarter despite some challenges
Hologic Inc., (Bedford, MA), maker of diagnostics, medical imaging systems and surgical products for women, announced its fiscal third-quarter results on Monday for the quarter ending June 27.

The company said profits fell 3 percent as cutbacks in purchases at hospitals hurt sales of its Selenia digital mammography systems. The company regards its performance as "solid" in a challenging market characterized by reduced capital spending by health care organizations.

Hologic says it is lifting its profit forecast for the year, but expects lower sales.

Adiana, just approved in July, has not yet added to revenues.

He added, "We are very pleased with the performance of our Diagnostics and GYN Surgical product lines as they once again experienced double-digit annualized sequential growth and also performed at or above expectations in the quarter.

"We are also very excited with the recent FDA approval of our Adiana Permanent Contraception System and are thrilled to be able to offer women a new alternative for their long-term contraception needs. Finally, we remain committed to developing new products to complement our current lines and fuel our long-term growth objectives, and our cash flows from operations and balance sheet continue to remain very strong."
1(current)
2

Five Minutes in Healthcare - Are you optimistic or pessimistic about the future?