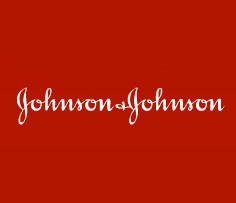 On the upside, J&J beat Wall Street's estimates. Analysts polled by Thomson Reuters were expecting earnings per share (EPS) of $1.11. The good news initially sent the shares up 1.8 percent, to $58.76 in Tuesday morning trading, from yesterday's closing price of $57.72. However, during the day, the shares traded largely flat due to the lackluster quarter.

Worldwide, second-quarter sales declined 7.4 percent, to $15.24 billion, from $16.45 billion, beating Street estimates by about $200 million. The stronger U.S. dollar accounted for 6 percentage points of the decline.

The medical device unit fared best. Sales fell 3.1 percent to $5.89 billion. An increasingly crowded market for drug-eluding stents continued to take a bite out of revenues, the company said.

Drug sales fell precipitously, due to the loss of patent protection in the past year for top-selling anti-psychotic medicine Risperdal, and epilepsy and migraine drug Topamax. Risperdal sales fell 66 percent and Topamax sales 71 percent, totaling a $1 billion loss to generic competition.

To compensate for the loss of these blockbusters, J&J recently formed a $1.5 billion Alzheimer's marketing alliance with Elan Corp. and purchased Cougar Biotechnology, a cancer drug maker, for approximately $1 billion.

Another top J&J drug, Remicade, for rheumatoid arthritis, had a quarterly sales gain of 24 percent to $1.1 billion.

"I am proud of the accomplishments of our people in continuing to deliver very solid operational results in light of the significant impacts of patent expirations and the economic environment," said chairman and chief executive William C. Weldon.