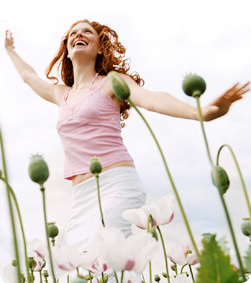 Should medical device
ads appear on TV?
Television ads for medical devices such as artificial knees, stents and other implanted devices are not appropriate for consumers, physicians told lawmakers at a recent hearing of the Senate Special Committee on Aging.

"Unlike drugs, medical device ads are not required to give equal balance to the risks as well as the benefits of a product," an aid to the Senate Committee Chairman, Herb Kohl (D-Wis), told DOTmed News.

The Kohl aide said two cardiologists had criticized heart stent ads as being too complex to be understood by patients. "Their basic message is that cardiologists can't agree among themselves as to the appropriate use of heart stents, so how can consumers be expected to know the difference?"

After playing the ad, which shows people engaged in various sports and exercises, Senator Kohl asked AdvaMed, the industry trade group, "is it typical for hip replacement patients to be able to jump rope, surf and swim?" AdvaMed argues that the FDA has "ample authority to regulate advertisements that are not truthful.

FDA testified that the agency doesn't routinely scrutinize the ads but does it on an ad hoc basis, the Kohl aide said. He added, "We're waiting to see what the FDA will do."

AdvaMed's Nexon said that device-makers believe the advertisements perform an extremely valuable function. "They help consumers see treatments for health products that they may not even know exist. And give them a basis for discussion with their doctors. Nexon cites a 2004 National Institutes of Health report, which found that only 9 to 13 percent of patients who could benefit from joint replacement actually received it.

And he said that a Journal of the American Heart Association study in May found that only 51 percent of patients eligible for an implantable cardioverter-defibrillator (ICD) received one.

"If anything, the devices are under-used, not over-used," he said.