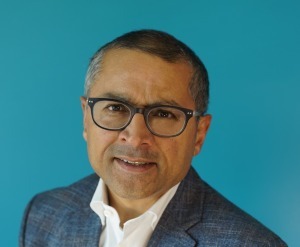 Dr. Diku Mandavia
Ceribell is a company that is changing what it means to monitor brain activity. We sat down with the company's chief medical officer, Dr. Diku Mandavia, to learn more about how innovations in artificial intelligence can change what's possible at the point of care, particularly for stroke patients, and what it means for the providers who utilize the technology.

HealthCare Business News: We covered Ceribell for one of its funding rounds, and we’re intrigued to see that your brain monitors are being adopted for both the ER and ICU. From our research it seems like you are the only company in the market who has these point-of-care monitors, is that correct?
Dr. Diku Mandavia: Yes, that’s correct. Ceribell has developed one of the world's first non-invasive brain monitors, absolutely an exciting breakthrough. The company has taken EEG technology and miniaturized it, made it easy to use, brought it to point of care and to frontline healthcare workers, so that in addition to monitoring cardiac function and lung function we can also assess brain function, especially seizures, that could be present in many of these critical patients.

HCB News: Now, when we think about seizures, we think of someone having visible convulsions. Are people having seizures that we don't see?
DM: That’s absolutely correct. In the medical literature, we’re increasingly seeing that in critically ill patients, the vast majority of their seizures are what we call “non-convulsive.” There's no actual motor activity, no shaking. And those are impossible to detect unless you're doing some form of EEG monitoring. EEG technology has been around for quite a while. Primarily it's been used in the ICU and in the ward, and of course sometimes in an outpatient context. But what Ceribell has done is made it a point-of-care EEG, and it primarily will be used in the emergency department and in the ICU, as an extension of a hospital's conventional EEG systems.

HCB News: So EEGs are already being used but they seem fairly cumbersome to be used more widely, especially in fast-moving ERs and ICUs.
DM: That’s right. And that’s a barrier to use which can actually put patients at risk. We developed our technology to be easy to apply at the point of care with minimal set up by a single clinician in minutes. The device is a simple headband which can be placed by a nurse or a tech. It attaches to a recorder the size of large iPhone and the recorder collects the EEG signals. We’ve developed an AI algorithm that will interpret those EEG signals for the bedside physician. Furthermore, the recorder's connected to the cloud, where those EEG waveforms can be read by a neurologist as well.
1(current)
2
3