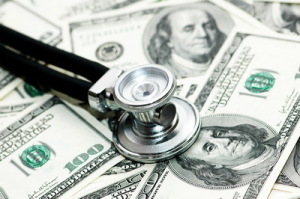 Medical debt among Americans is nearly twice the amount previously predicted and higher among states that have opted out of participating in Medicaid expansion under the Affordable Care Act
Medical debt among Americans has shot up to $140 billion a year — close to double the amount previously predicted, according to a recent study.

About 18% hold medical debt in collections, and the authors say the amounts owed are becoming increasingly higher in states that have not approved the Medicaid expansion program under the Affordable Care Act, reports The New York Times.

“If you think about Americans getting phone calls, letters and knocks on the door from debt collectors, more often than not it’s because of the U.S. healthcare system,” said Neale Mahoney, a health economist at Stanford University and the paper’s lead author, in the study.

The study is based on an examination of 10% of all credit reports from credit rating agency TransUnion between 2009 and 2020. It claims that medical bills are the largest source of debt that Americans owe collection agencies.

While debt from medical bills and other sources declined during this time, residents in states that did not expand Medicaid owe an average of $375 more than those in states that participate in the program. These states started out with more medical debt before the ACA passed and their refusal to expand Medicaid has led to a roughly 30% increase in the gap that existed the year before the expansion program’s enactment, according to the study.

Unlike other forms of debt, people often do not choose to incur medical debt, and it is less likely to be repaid due to people having to balance it with other kinds of debt that may be higher in priority.

“Debt collection agencies place very low odds on recovering these debts,” said Benedic Ippolito, a senior fellow at the American Enterprise Institute and a co-author of an earlier paper examining medical debt in America. “If you had to choose between keeping the lights on and paying your mortgage and paying some doctor you’re never going to see again, I think a lot of us would make the same decision.”

The study measures only debts sold to collection agencies and does not account for the increasing number of lawsuits filed by hospitals against patients to collect debt, including the resulting legal fees and wage garnishments; medical bills paid for with credit cards or through long-term payment plans; and any debts resulting from the COVID-19 pandemic, as such data is not available yet. As a result, the true volume of debt could be substantially higher.

A number of legislators, particularly Democrats, have proposed laws to provide coverage of low-income Americans living in the 12 states that have not approved expansion but discussions on how to address the coverage gap are still up for debate.

Some have also proposed ways for lessening the burden of medical debt, like Senator Chris Murphy, of Connecticut, who introduced legislation last year that would require hospitals to publicly report how they collect debt and cap the interest rates owed by patients. This would require hospitals to indicate what debts are owed before being able to turn to a collection agency.

“I understand that hospitals have pressures to squeeze every dollar out of their consumers, but I think they should refrain from the most aggressive debt collection practices,” he said in a recent interview.

The findings were published in JAMA.