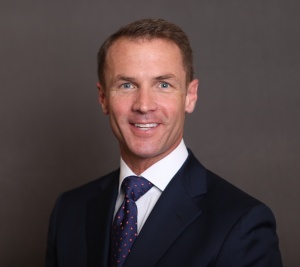 The United States is becoming increasingly diverse, with approximately 36% of the population belonging to a racial or ethnic minority group. While health indicators have improved for most Americans, some minority groups experience a disproportionate burden of preventable disease, death and disability compared with non-minorities.

One major area of concern is non-alcoholic fatty liver disease (NAFLD), the most common chronic liver disease in the United States. NAFLD is likely to increase from 83.1 million to 100.9 million by 2030, while its more severe from nonalcoholic steatohepatitis (NASH) is expected to increase from 16.52 million to 27 million. A meta‐analysis reports that the prevalence of NAFLD and progression to NASH was highest among Hispanics.

For healthcare executives and administrators, the financial burdens of liver disease are well-documented. NASH has created a global treatment market projected to reach $21.5 billion by 2025, and is on track to becoming the leading cause of liver transplantation in the United States.

National Minority Health Month presents an opportunity to build awareness about the disparate burden of premature death and illness in minority populations and encourage action through health education, early detection and control of disease complications. The nation’s liver disease epidemic will continue to impact millions of Americans as the rates of obesity and diabetes accelerate.

Minorities at increased risk for diabetes
NASH, which is associated with necrosis, inflammation and fibrosis, has few symptoms and often normal plasma aminotransferases. Nevertheless, it is a leading cause of end-stage liver disease and hepatocellular carcinoma (HCC), and significantly increases the risk of developing Type 2 diabetes.

One study found that the demographics of patients seen at Federally Qualified Health Centers (FQHCs) from 2005 and 2014 had shifted to where the population of young, low-income, uninsured or Medicaid-insured, racial and ethnic minority Americans increased more rapidly than other demographic groups. Proportions of minority and racial groups, largely Hispanic and Black populations, seen by FQHCs also saw an increased rate of change. The minority group with the largest growth rate was the population of Hispanic Americans, increasing from 11.2 percent in 2007 to 13.4 percent in 2014.