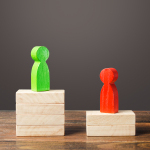 The assessment was made from the findings of 48 centers in the U.S. and Germany who took part in what is described as the first prospective multicenter study of AB-MR. Leading the study was the Memorial Sloan Kettering Cancer Center, in collaboration with an international research team and the ECOG-ACRIN Cancer Research Group.

“These types of studies are needed when evaluating new tests for adoption and to also inform patients of the risk and benefits when considering whether to have the test,” Dr. Christopher E. Comstock, of MSK and the study’s lead author, told HCB News. “Our study confirmed that AB-MR in women at average risk with dense breast tissue outperforms 3D mammography by a factor of 2.4 times in detecting women with breast cancer. And not only does it find more cancer, but it finds invasive and high-grade cancers not found on the 3D mammography.”

A total of 1,444 women between 40 and 75 enrolled in the trial. All had dense breasts on their prior mammograms and did not currently have breast cancer or any clinical symptoms, such as BRCA status or a family history of breast cancer. Twenty-three women were diagnosed with breast cancer during the first year, with AB-MR diagnosing cancer in 22 out of 23. 3D mammography detected only nine cases, while AB-MR identified all of the cancers found with 3D mammograms except for one early-stage case.

The findings were supported later in the year by research from the Perelman School of Medicine at the University of Pennsylvania, which evaluated 475 asymptomatic women with dense breasts who previously had a negative 3D mammography screening, between 2016 and 2019. In their study, published in the Journal of Clinical Oncology, they reported 13 cancers were detected.