'Digital pill' manufacturer, once worth $1.5 billion, files for bankruptcy 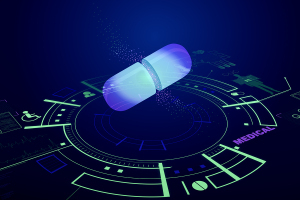 The Silicon Valley company, known for its ingestible sensors that communicate when medicines are consumed and wearable patches, filed for Chapter 11 bankruptcy protection late Monday. The decision to do so follows months of struggle to raise additional finances; a furlough of the majority of its employees for two weeks in November; and terminating a three-year-old deal with pharmaceutical maker Otsuka in January, reported CNBC.

“Filing for bankruptcy protection allows Proteus to continue its sales process in a more concerted and efficient manner while continuing to run the business as usual,” said a company spokesperson in a statement.

Proteus considers itself part of the digital therapeutics space due to the way in which it creates medication.

The company also announced a shift in roles, with Andrew Thompson stepping down as CEO and now referred to on the company website as a co-founder. Lawrence Perkins of SierraConstellation Partners, an interim management and advisory firm, was previously retained as the company's chief restructuring officer. The Proteus board has now appointed him as its interim CEO.

Proteus Digital Health raised more than $500 million in venture capital from technology investors, family offices and pharmaceutical giants. Its partnership with Otsuka began in 2017, with Otsuka investing $88 million in the company. A representative from Otsuka told MobiHealthNews that the termination of the partnership will not affect the delivery of Abilify MyCite, a sensor-enabled version of Otsuka’s drug for schizophrenia developed by both companies.

"We want to make it clear that this development is not expected to have an impact on our digital medicine program,” the Otsuka representative said. “Nor do we expect it will impact Otsuka’s ability to deliver the Abilify MyCite System to patients and physicians. Otsuka remains committed to building a successful digital healthcare business that includes digital medicine as well as digital therapeutics."