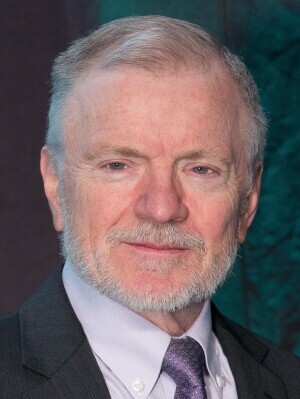 In light of COVID-19, the annual SNMMI meeting will be held virtually this year. The event will be free for all SNMMI members and discount registration will be available to nonmembers. HealthCare Business News spoke to Alan Packard, senior research associate in the Division of Nuclear Medicine and Molecular Imaging at Boston Children’s Hospital, about his career and also what initiatives the molecular imaging community is currently looking at. Packard is also associate professor of Radiology at Harvard Medical School as well as the incoming president of SNMMI.

HCB News: What inspired you to follow a career in healthcare?
Alan Packard: Like many scientists in the field, it was a circuitous route. I’m a chemist by training, with a bachelor’s in chemistry and a Ph.D. in inorganic chemistry. When I was looking for a post-doctoral fellowship, I had the opportunity to work with professor Ed Deutsch at the University of Cincinnati, who at the time was one of the few people in the world doing synthetic technetium chemistry.

At that time, I didn’t know much about technetium. As you may know, it’s sort of a hole in the middle of the periodic table that has no stable isotopes. Not much was known about its synthetic chemistry. So I saw it as a great opportunity to explore.

From there, I became intrigued with the idea of doing technetium chemistry and the opportunity to work on something that had a direct practical impact. After I finished my post-doc, I had the opportunity to work with Jim Richards doing technetium chemistry at Brookhaven National Laboratory. He led the team that invented the molybdenum-technetium generator that’s used all the time in nuclear medicine clinics. After two years at Brookhaven, I was offered a position at Children’s Hospital leading a team developing a new type of radionuclide generator, which evolved into my current research on radiometal-labeled proteins and 18F chemistry.

HCB News: How long have you been a member of SNMMI and why did you join?
AP: I’ve been a member since 1986. I joined because the mid-80s were a great time for technetium chemistry. A lot of new agents were coming out. That’s when the first technetium-based heart agent came out, followed by new agents for imaging cerebral perfusion and several other things. I’d been active in the field for a bit before that, but the excitement about these new radiopharmaceuticals motivated me to join the Society.

Radiologists converge in Vienna for the ECR meeting