Nurse practitioners can practice independently in Illinois, their numbers rising 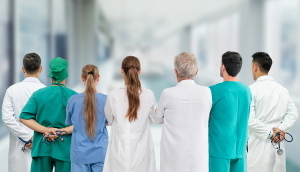 The number of nurse practitioners (NPs) in Illinois is on the rise — and one reason might be that they can now work independently of doctors.

In fact, their ranks have nearly tripled since 2012 in the state, to over 12,000 — and “more than 400 Illinois advanced practice registered nurses have licenses to practice independently of doctors under a state law passed in 2017,” according to a recent report in the Chicago Tribune.

That's when Illinois Gov. Bruce Rauner signed a bill that lets NPs practice without any formal physician relationship if they had certain qualifications, a trend that is taking place in 22 states, with 16 of them having some restrictions, such as not being able to sign death certificates nor prescribe opioids and some other drugs, according to the paper.

Not everyone is thrilled by the shift toward greater autonomy, including the American Medical Association, which called NPs "valuable members” of a medical team — “not a substitute” for doctors.

“Patients’ best interests are optimally served when they are treated in a physician-led team-based model of care,” the association said.

The turf war has been brewing for some time.

A national organization, Physicians for Patient Protection, has pushed back as well, arguing that doctor-NP teams are one thing, but independent NPs are quite another.

“Across the country, corporations and government agencies are replacing physicians with nurse practitioners," stated Dr. Rebekah Bernard, a board member of Physicians for Patient Protection, in the publication Physicians Practice. "While these entities argue that they have been forced to hire nurse practitioners due to a supposed physician shortage, the truth is that physicians are being systematically fired and replaced by lesser qualified clinicians on the basis of profit.”

That said, there are studies that have shown that advanced NPs in EDs and critical care units can lead to shorter hospitalizations, shorter waits for care, better mortality rates, more patient satisfaction and lower costs, reported the Tribune, citing a 2017 study in Human Resources for Health.

But Bernard has argued that studies that have looked at NP safety have been of “low quality,” and that “newer” research has shown “gaps in the quality of care.” Some of these include a Mayo Clinic study that found poorer quality of patient referrals, a JAMA report that showed a higher amount of diagnostic imaging, and increased prescriptions, including for antibiotics and opioids in states in which NPs are permitted to prescribe them.

The Tribune also found anecdotal reports on the downside of independent NPs, such as from Chicago's Dr. Amber Price, who reported that NPs can miss critical diagnoses. She reported a case in her early career in which a child presented with a serious problem passed off as pink eye by an NP.

“Doctors make mistakes, but we don’t miss obvious things,” Price, who is also a member of Physicians for Patient Protection, told the paper.

The turf battle could soon come to a head, as the National Organization of Nurse Practitioner Faculties is pushing for all NP programs to offer doctoral degrees by 2025.