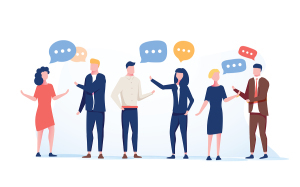 Last week CEAI and GBIS both had regional HTM shows. I wrote about NCBA, but from Pinehurst I traveled to Chicago to attend CEAI.

This was the 10th year for CEAI and there were over 400 people there. There were over 64 exhibitors from a broad range of companies. By all measures the show was a success. I saw a lot of old friends there but only one person that I had seen in NCBA the day before.

At one of the luncheons there was a panel discussion about diversity in the HTM community. Al Moretti was the moderator and the panel included James Piepenbrink (AAMI), Solomon Kahn (GE), Lynn Grudzielanek (TriMedx) and Gary Barkov (Advocate Health). It was pretty gutsy to have that conversation and I think it was well received.

Gary Barkov offered the opening remarks for the luncheon and he gave a very touching commentary on the importance of the HTM community and the contribution it makes to providing better healthcare.

From Chicago on to Macon, Georgia for GBIS!

The GBIS Technical Conference was also a success. Approximately 100 HTMs participated. GBIS was hosted by Central Georgia Technical College. Martin McLaughlin, (AAMI) was the guest speaker and he gave an overview on the ACI Certification process, benefits, changes and importance.

Horace Hunter is always enthusiastic and has invested a lot of his personal time to promote the association.

Both of these events were great.

One thing came through at all three events last week: There is a shortage of HTM professionals. AAMI has put together a kit to introduce the idea of joining the industry to high school students. Let's hope they succeed.

See you next week!