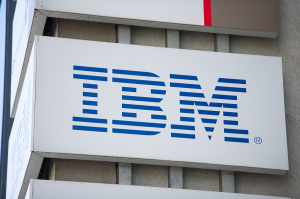 IBM and Cúram Software agreed to pay $14.8 million to settle alleged violations of the False Claims Act over “material misrepresentations to the State of Maryland during the Maryland Health Benefit Exchange (MHBE) contract award process for the development of Maryland’s Health Insurance Exchange (HIX) website and IT platform,” the Department of Justice announced Friday.

“When companies misrepresent their products and capabilities in order to win government contracts, they enrich themselves at taxpayers’ expense,” added U.S. Attorney Robert K. Hur.

Firms are “expected to be candid about products, skills and abilities” when they engage in contract negotiating, warned Maureen R. Dixon, special agent in charge, for the Department of Health and Human Services, Office of the Inspector General.

The settlement revolved around the 2011 acquisition by IBM of Cúram Software — which immediately preceded a proposal given to the State of Maryland to support the Health Insurance Exchange (HIX), which was drafted in part by Cúram and included Cúram as a subcontractor for software and services.

On Feb. 22 of that year, the contract for the HIX website and IT platform included Cúram-IBM as a subcontractor.

The allegations against Cúram-IBM include material misrepresentations regarding the development status of the Cúram for Health Care Reform software; the existing functionality of the Cúram software to meet the State’s technical requirements, such as addressing life events and calculating tax credits under the Patient Protection and Affordable Care Act; and the integration of Cúram software with other software needed to provide a properly functioning HIX website.

“After repeated problems following the launch of the HIX website in October 2013, Maryland, acting through MHBE, terminated the contract and replaced the HIX website and IT platform, including the Cúram software,” according to DOJ.
1(current)
2