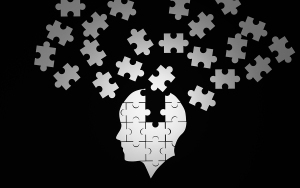 "We are impressed by the magnitude of these results, which make it clear that amyloid PET imaging can have a major impact on how we diagnose and care for patients with Alzheimer's disease and other forms of cognitive decline," study lead author and principal investigator Dr. Gil Rabinovici, professor of Neurology at the UCSF Memory and Aging Center and member of the UCSF Weill Institute for Neurosciences, said in a statement.

The multicenter study of over 11,000 Medicare recipients, published in JAMA, showed that in 60 percent of cases clinicians armed with PET scan results changed both the use of medication and counseling for mild cognitive impairment and dementia. That was double the impact predicted by researchers. The effort involved scientists from the Alzheimer's Association, UC San Francisco, Brown University School of Public Health, Virginia Commonwealth University School of Public Health, Washington University School of Medicine in St. Louis, UC Davis School of Medicine, and the Kaiser Permanente Division of Research, and was managed by the American College of Radiology.

The researchers concluded that the use of amyloid PET was associated with clinical management changes within 90 days, they reported in the journal.

"These results present highly credible, large-scale evidence that amyloid PET imaging can be a powerful tool to improve the accuracy of Alzheimer's diagnosis and lead to better medical management, especially in difficult-to-diagnose cases," suggested Maria C. Carrillo, Ph.D., Alzheimer's Association chief science officer and a coauthor of the study. "It is important that amyloid PET imaging be more broadly accessible to those who need it."

While there is no cure for the devastating cognitive decline, catching it early permits patients, families and their healthcare providers to tackle such crucial issues as safety and care-planning for the future – and if no plaque is found on PET scan, it can also lead to identifying other, potentially reversible, causes of memory loss.

The tracers used are FDA approved, but at present Medicare and health insurance plans do not cover amyloid PET imaging to aid in dementia diagnosis, according to researchers.

The results come from the Imaging Dementia – Evidence for Amyloid Scanning (IDEAS) study that enlisted the aid of almost 1,000 dementia specialists at 595 sites in the U.S.
1(current)
2