How long have I known Robert Manetta? 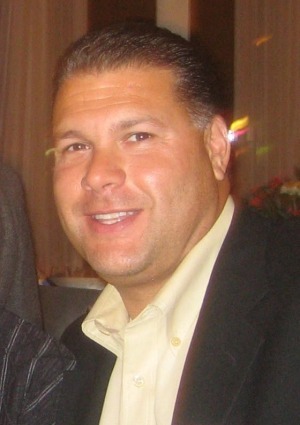 Robert Manetta
Many of you have read on our news that Nationwide Imaging was purchased by Merry X-Ray.

I am sure there are a lot of people who are very happy for Robert Manetta. He started Nationwide all by himself and grew it to be one of the most well-known firms in the industry.

There are also a few people who are probably jealous of his success, but I do not know why because you don't build a company without hard work and Robert worked very hard.

The news makes me think about how long I have known Robert, all the work we have done together and some of the interesting things I've come to appreciate about him.

For instance, one of his favorites is, 'Am I right, or am I right?' Obviously, a rhetorical question, but he would say it with so much enthusiasm that you would have to agree that he was right!

Robert Manetta was the first person I knew who bought an Infiniti automobile.

Robert started out in the de-installation and crating business and sometimes he had six teams on the road de-installing equipment. If you visited his facility (which was then in Staten Island), it was like a mini-construction site.

He was always a family man and he cared about his employees. For many years, I attended the Nationwide Christmas parties. At first, in Staten Island and later in New Jersey. The food was tremendous, and the spirits were high. You could tell that the staff and Robert got along well.

I have heard many Nationwide employees comment about how easy going and calm Robert is, but you would not know it because he juggles so many different balls in the air.

One thing Robert has always been well known for is his word being his bond. People in the industry have come to trust him. I came to trust him. You knew that if you bought something from Robert and there was a problem, he would work it out. And whatever deal he made, he would stand by it.

This allowed him to have great relations with the original equipment manufacturers.

To say Robert is hard working, is an understatement. He might call at 7:30 in the morning, or 7:30 at night. And if you text him you know you're always going to hear back from him.

He has always been an innovator. When the handwriting was on the wall that you had to do something more than just be a broker if you wanted to remain in business, Robert got involved in the service business, the mobile rental business and the parts business. Almost overnight, you could see a room of spare parts that had to be 30,000-40,000 square feet.

And organization is his middle name. He documents his conversations, he documents his transactions and if you ask him about something that happened 18 months ago, in ten minutes he will give you the answer.

As I say, I am happy for Robert and I am proud of him for what he has accomplished. I do not imagine he is going to completely retire because it just does not seem like that is his personality, but I hope he can kick back just a little and enjoy time with his wife, Tracy, and his children of whom he is so proud.

It would be wrong not to mention some of the other people I know that have worked for Robert a long time. Heather Crowley, his manager and handler, who never seems to be in a bad mood even on a rainy day. Marc Regan with his own pedigree in the industry and a man who donates a lot of his time to charity. Dean Yellin who deserves so much credit for making the back office work. Anthony Pozzolano (the movie star) as CFO, Bernard Amato, who organizes the books, and of course, no mention of Nationwide would be complete without posthumously saluting John Fratello, who passed away after a long and successful career with Nationwide.

Congratulations to Robert Manetta and the Nationwide Team!