It's hot and cold in Vienna at the same time 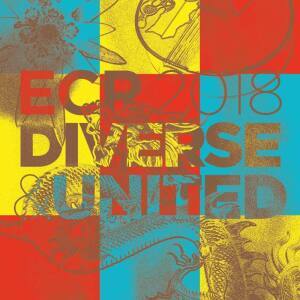 As usual, I came to ECR a day early so I'd be able to rest up and acclimate to the Central European time zone, and I was really surprised at how cold it is in Vienna this year.

Although it's minus 14 Centigrade (about 6 degrees Fahrenheit), I went to the show and it was unbelievably jam packed with radiologists from all around the world. I visited with a few of them at one of the sessions and heard from four or five different people that the attendance at ECR is going to be greater this year because a lot of people are worried they wont be able to visit the U.S. because of the immigration situation.

So, although I could certainly be wrong, I believe attendance at ECR is going to be higher this year than it has been in the past.

American policy was another topic that almost everyone brought up with me. If I heard President Trump's name mentioned once, I heard it mentioned 50 times. Of course, I avoid discussion of politics because the only person I discuss politics and religion with is my wife, Barbara.

I'm excited about some of the newer technologies being showcased this week and it will be interesting for me to hear any scuttlebutt about Siemens and its upcoming IPO and to learn how Canon is doing with the Toshiba acquisition. I'm also interested to learn how GE and Philips are doing in Europe, and the plans Philips has for Agito and where Chronos Imaging, with its newly acquired CT tube plant, will fit into the overall picture.

As always, I plan to walk away from ECR a lot more informed than I when I arrived.