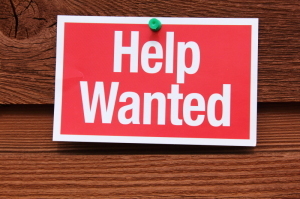 From the March 2018 issue of HealthCare Business News magazine

I was working at a large children’s hospital last year when it occurred to me over the holidays that the institution did not have a single pediatric radiology fellow in place for the 2018 appointment year.

This was somewhat puzzling, as the program typically had three pediatric radiology fellows per year, and the hospital system was large enough to host one of the largest pediatrics residencies in the U.S. I asked one of my friends at a similarly sized children’s hospital across the country, and not only did they not have a fellow, they didn’t even have an applicant.

As I looked into the issue, I discovered that the number of pediatric radiology fellows had been declining, and survey data of chief residents in radiology suggested that this trend would worsen. The number of fellows in accredited programs has declined for the third consecutive year. Children’s hospitals will soon feel the brunt of this shortage of pediatric radiologists if they haven’t already.

Radiology experienced a job crisis from 2011 through 2015. The consolidation of practices, decreased rate of retirement following the recession and oversupply of training positions led to a drop in the number of available jobs to the point where radiology graduates entered fellowship at an accelerated pace to improve their personal marketability.

In search of reasons why so few radiologists choose pediatric radiology, I turned to some current residents for answers.

A resident from the Midwest explained that there were simply no radiology practices looking for pediatric radiologists in his home state, and doing a pediatric radiology fellowship would actually hurt his employment chances. Also contributing was the material itself. Constant exposure to child abuse and devastating pediatric cancer can be off-putting to early career radiologists, many of whom have young children. Another resident was warned that pediatric radiology is low in generating revenue, as pediatric radiologists spend much time doing fluoroscopic studies and reading plain radiographs, which is not nearly as lucrative as the adult imagers who read far more CTs and MRIs.

Pediatric radiologists are seemingly in business to be out of business, as pediatric imagers advocate for the use of less radiation in this sensitive population. Working in a large subspecialized practice alongside neuroradiologists and abdominal radiologists who can generate billable procedures at a must faster rate can create challenges. Those more interested in patient interaction are more apt to choose breast imaging, which does not require call.
1(current)
2
3