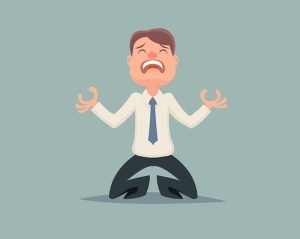 Frequently, I am involved in settling disputes. If there is one piece of advice I would give to any person involved in any sort of negotiation, it would be to not lose your temper!

Here is the story:

A well known DOTmed user, whom I will call, "Melinda," was involved in a transaction that included some equipment that had to be removed and disposed of. The equipment that needed to be disposed of had some residual value for spare parts. Because Melinda did not normally deal with that product line, she went to another DOTmed user, whom I will call, "Ron."

Melinda offered to give the parts to Ron for free (great deal, ay?).

Ron said that he would be glad to take possession of the parts, but he did not have any way to move them. So, Melinda introduced Ron to a deinstaller, for our story, his name is, "Brad."

Melinda did not ask for anything in return.

Ron made all of these arrangement without ever consulting Melinda to ask her advice, or approval about the deal with Brad.

Had Ron asked Melinda for her advice, Melinda would have suggested not to store equipment in Brad's warehouse because Brad is seldom there at his own warehouse.

Brad is not immediately available and Ron commits the worst possible sin! Not only does Ron lose his temper, but he swears at Brad and reads him the riot act.

Brad does not like that and says, "I don't have to take this," and hangs up on Ron.

At this point, angry Ron calls Melinda and says, "I have this problem. What are YOU going to do about it?!?!" (As if it was Melinda's fault that Ron lost his temper.)

What's the moral of the story?

If someone has your equipment in their possession, do not lose your temper.

Do not enter into an arrangement without writing down your understanding.