Amazon, Chase and Berkshire Hathaway - what does it mean to you? 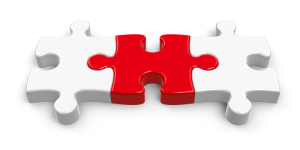 I’m sure you read the news that Berkshire Hathaway, Amazon and JP Morgan Chase are banding together to form an independent health care company for their employees.

Altogether they employ 1.2 million people across the United States and around the world.

What does this say about these three companies, about our country and about our future?

To me, it says that our legislators should be embarrassed that they can’t get their act together to come up with some sort of insurance coverage for everyone. They fight and argue and stand their ground at the expense of the rest of us while they enjoy one of the best health care plans available.

It’s a tribute to American business people that they are getting their act together to develop insurance coverage for the employees. They’re doing what our elected officials are failing to do.

What about you? What does the future hold for you if you don’t work for a big corporation? Will you be kicked to the side? What about retired people or people with pre-existing conditions?

What’s next, will these corporations begin to develop their own health care facilities like the industrial giants in China and Russia?

Some say the Affordable Care Act insurance marketplace isn't working because not enough people are signing up. If companies take themselves out of the insurance pool will that drive the prices up on everyone else?

I don’t blame these three big companies for taking care of their staff but in my opinion as far as the rest of us go it’s moving in the wrong direction.

In my opinion, it’s our elected officials who are to blame for failing to work together to come up with a health plan that fits everyone.

It’s really your children who are going to pay the price.

It’s not too late to speak out and let your elected officials know how disappointed you are.

What do you think?