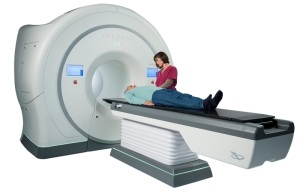 The study, published in the International Journal of Radiation Oncology * Biology * Physics and funded by the French National Institute of Cancer, was conducted at 14 French centers between February 2010 and February 2012, and included 166 patients, 74 of which were treated using the TomoTherapy System and 92 who were treated using RapidArc.

The locoregional control rate, or local control without any nodal recurrence, after 18 months was significantly better in the TomoTherapy patient group, at 83.3 percent, than in the RapidArc group, at 72.7 percent.

The study’s lead author, Dr. Jean-Emmanuel Bibault, a radiation oncologist at Georges-Pompidou European Hospital in Paris, said that after performing a cost analysis of TomoTherapy and volumetric-modulated arc therapy — both forms of IMRT and considered the standard of care for head and neck cancer radiotherapy — and finding that TomoTherapy is more expensive, they decided to see if the difference in cost translated into any benefit for patients.

“We must admit that we did not expect these results, because TomoTherapy and RapidArc are considered very similar,” Bibault told HCB News. “But we actually showed in our prospective study that TomoTherapy did better for local control, with less side effects. We had already showed that TomoTherapy gave more homogeneous treatment than RapidArc, and this could be one of the explanations for this difference.”

Bibault stressed that the results should be further explored in a randomized trial. A randomized trial was not possible this time due to the availability of the equipment.

“We don't have any plans for a randomized study because they are very expensive and hard to perform in radiation oncology, because most of the time, a treatment center doesn't have a TomoTherapy and a RapidArc, but we certainly think this kind of study would be very interesting,” Bibault said. “Until a randomized trial compares these two techniques, I don't think it will change practice. However, this study is a worldwide first and raises the question of the importance of the way we perform IMRT.”
1(current)
2