Children not at increased risk for cancer from routine imaging tests: study 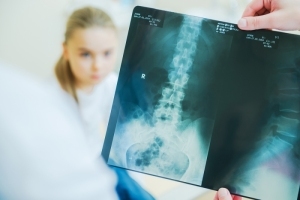 In a pronouncement sure to add kindling to a long-burning debate, a group of researchers maintain that normal CT and nuclear medicine imaging do not put kids — or adults — at higher risk for cancer.

Furthermore, they assert the premise for such concerns is based on misinterpretation of a foundational study dating back 70 years.

"I really want to stir up and put an end to this controversy," Jeffry Siegel, Ph.D., President and CEO of Nuclear Physics told HCB News. "I can't believe this linear no-threshold model (LNT) debate has been going on for so long ... causing reinforcing radiophobia that has parents telling their pediatrician they don’t want their kid child to have a needed CT scan."

Siegel is lead author on the study just published in the June issue of the Journal of Nuclear Medicine (JNM). The article calls the widely-accepted belief in the LNT model “misguided” and “detrimental” because credible evidence of imaging-related low-dose carcinogenic risk is nonexistent.

"I am a scientist, and I'm going to call out people who make assertions that are not proven," said Siegel. "I always go to the original source study documents and read them myself. Most people don't do this because they don't have or take the time."

The original studies giving rise to LNT over 70 years ago by a Nobel Laureate and others concluded that all radiation was harmful, regardless of the dose and dose rate, down to zero dose. However, the JNM article asserts the studies were not done at low doses, so the conclusions were inaccurate.

Siegel maintains that the resulting current drive for minimal doses as low as reasonably achievable (ALARA) is based on a misinterpretation of these original studies. Also, the study asserts that Japanese survivors of the atomic bomb blasts in World War II — the gold standard in dose-response population according to the article — illustrate the faulty assumptions of LNT and ALARA for both pediatric and adult populations.

Siegel said that Japanese nuclear blast survivors who received low-level radiation exposure have been followed for their lifetime and compared to control groups. This low dose group does not exhibit an LNT dose-response relationship. Rather they exhibit, at the very least, a linear threshold relationship, below which there is no observable harm.

He also said that LNT-based cancer risk predictions related to this data have led to the "outrageous and erroneous conclusion" by one group that two percent of cancers in the U.S. are caused by CT scans. But, he noted, such predictions have never been validated by observations.
1(current)
2