Taking the bite out of rabies 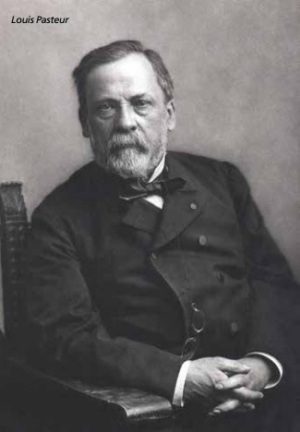 From the July 2017 issue of HealthCare Business News magazine
Rabies has played a part in numerous movies, books and history. It continues to be a key reason people are told to stay clear of wild animals and to call the authorities about any strays acting strangely. While it’s rare for people to actually be infected (CDC estimates one to three cases of rabies a year in the U.S. compared to an average of seven people coming down with bubonic plague each year), the horror of the disease has kept it the stuff of nightmares in our cultural collective.

Up until about 130 years ago, rabies was even more terrifying than it is today. It wasn’t until July 6, 1885, that there was proof of a cure. It was on that date that Louis Pasteur successfully tested his rabies vaccine on a boy who had been bitten by a rabid dog.

Pasteur was deeply immersed in research to investigate his germ theory. The theory he put forth, to put it very simply, speculated that germs exist outside of the human body and can infiltrate the body in a variety of ways to cause illness. The theory was right, of course, and ultimately paved the way for a number of vaccines to be developed for diseases such as tuberculosis and smallpox, among others. But it also helped to steer Pasteur’s work into finding a cure for rabies, which was much more common in the Paris of Pasteur’s day.

Pasteur created his vaccine by infecting rabbits with the virus. From there, he extracted nerve tissue and dried the tissue in order to weaken the virus, but it hadn’t been tested on humans until 9-year-old Joseph Meister.

Meister had been mauled by a rabid dog, which was inevitably a long, painful and horrifying death sentence, except Pasteur had something to say about that.

He inoculated Meister with the weakened rabbit-bred rabies virus and the boy became the first to benefit from a vaccine that would save thousands over the years. While Meister had nothing to lose and everything to gain in having the vaccine administered, it was a different case for Pasteur. Being that Pasteur was a chemist and microbiologist, but not a licensed medical doctor, he could very well have been charged with a crime had the outcome gone differently.

Yet that wasn’t the only instance of risk Pasteur took in order to deliver a cure.
Taking a look back prior to the fateful day that Meister appeared, Pasteur conducted a great deal of research and live viruses were needed to carry out the work. That was a major challenge since the virus needed a host to survive, yet the virus typically kills the host in short order.

Keep a stock of dogs to transfer the virus to. He and his assistants would restrain the unfortunate beasts and collect infected saliva from their jaws.

In another move that wouldn’t pass muster in today’s world, the lab safety precaution for Pasteur or his lab assistants in case of being bitten?

It’s said that there was a loaded revolver on hand and it was to be used if someone in the group got bit. They were to be shot in the head to spare them an agonizing demise.

The lesson from this is that no matter how bad your job can get, the chance that your work’s safety process includes a revolver and orders to shoot to kill is slim.

Assessing the indirect costs of HAIs

In Mexico, a call for sterilized, used pacemakers as implants in new study