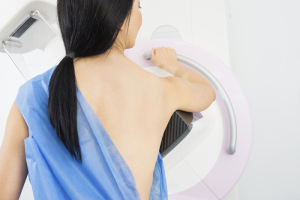 In case there was any doubt, the American College of Radiology (ACR) has published evidence refuting the assertion that breast cancer regresses or disappears if left untreated.

This surprising claim — which has persisted in recent years despite contrary evidence — prompted the study.

"The USPSTF states that a large part of the reason that they do not recommend screening in women under age 50, and recommend biennial rather than annual screening, is to decrease overdiagnosis. Several authors, notably Gilbert Welch, have stated that much overdiagnosis is due to cancers disappearing on their own," Dr. Debra Monticciolo, chair of the ACR Breast Imaging Commission told HCB News. "Our research shows that this is untrue."

The study was just published in the Journal of the American College of Radiology.

The study included 25,281 screen-detected invasive breast cancers and 9,360 cases of screen-detected ductal carcinoma in situ reported over ten years. Among these cancers, there were 240 cases of untreated invasive breast cancer and 239 cases of untreated ductal carcinoma in situ. None were reported to have spontaneously disappeared or regressed at the next mammography exam.

The authors conclude that delaying the onset of screening (from age 40 to ages 45 or 50) or increasing the interval between screenings (biennial versus annual) would not reduce the frequency of overdiagnosis.

"Overdiagnosis will not be affected by delaying screening age or lengthening screening interval, so it should not be used to guide recommendations," said Monticciolo.

She added that mammography is a proven lifesaver, decreasing breast cancer deaths by 40 percent.

As previously reported, the ongoing dispute revolves around the recommended age and frequency with which women should get mammograms by different medical groups.

The USPSTF calls for personalized decisions for women from 40 to 49, and biennial screenings starting at age 50 for women with average risk. Most physician groups, including the ACR, call for screenings to begin at age 40.

"Physicians caring for women need to recognize invasive breast cancer for what it is – lethal," said Monticciolo.