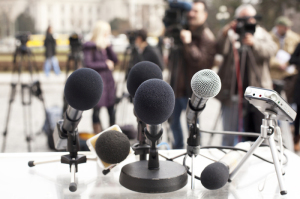 A few months ago, MITA issued a press release referring to a survey that it conducted. The survey suggested that the average person felt that there should be greater regulation as it relates to the servicing of diagnostic imaging equipment.

We reported on it here and people gave us a lot of flak because of it.

I remember thinking at the time that it was our responsibility to cover current events. I also remembered thinking that if you asked the average person on the street if they felt that toilet paper manufacturers should be regulated, they would say yes. At the time, it occurred to me that if you are going to conduct a survey about healthcare service, you should ask healthcare providers what they think, not the average John Q. Public citizen.

Anyway, HCB News is a level playing field and we report the news as we see it.

Today, I saw a photocopy of a letter written to Thomas Hamilton, the Director of the Survey and Certification Group at CMS that was penned by Peter Weems, the Director of Policy and Strategy at MITA. In the letter, he talked about a meeting of CT stakeholders held at RSNA.

I called a few people and could not find even one person who was invited to attend this stakeholder meeting. We had five journalists at the show and we were not invited.

At the meeting, the letter says there was much discussion about misinformation and confusion concerning implementation of XR-29.

In recent weeks we have seen a lot of new developments in how XR-29 is going to be put in place, and it looks like CMS is still ironing out some of the details.

It's possible that this meeting at RSNA, and this letter from MITA, have helped move the needle on this issue. So it seems to me that not having the media document the discussion represents a missed opportunity.

I'm reminded of a comment once made by a speaker at a IAMERS seminar, Mr. Casper Uldriks. I am not sure I can quote him exactly but he said something to the extent that the FDA does not regulate based on anecdotes, it regulates based on facts. If MITA has examples of misinformation and confusion regarding CT standardization, our news team is here to help propel the discussion.

A level playing field means everything is in the open. If there is a meeting on an important topic, why not invite our journalists to report on it?