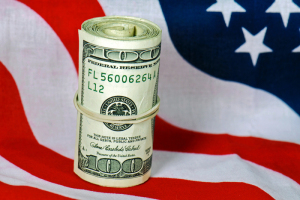 The full repeal of the 2.3 percent medical device tax implemented in 2013 as a way to partially fund President Barack Obama’s Affordable Care Act is at the top of industry executives’ wish lists this holiday season as President-Elect Donald J. Trump gets set to take office as the 45th U.S. president on Jan. 20.

Mark Throdahl, CEO of OrthoPediatrics Corp. in Indiana, told Reuters he hopes the new president and the Republican-led Congress will make permanent repeal of the medical device tax one of its priorities as it works to provide business tax breaks promised by Trump during his campaign.

Complaints from companies like Throdahl’s and industry associations like AdvaMed led Congress last year to temporarily suspend the tax but they are now looking to the new Republican-led administration to eliminate it altogether.

Throdahl said while the tax was in effect for three years his firm basically had a hiring freeze. Since the temporary suspension went through, he said, “We’ve resumed an aggressive pace of hiring and investment.”

AdvaMed, in a letter to Trump and Vice President-elect Mike Pence after Election Day, framed the medical device tax as a jobs issue.

“The medical device tax has been a significant drag on medical innovation, and resulted in the loss or deferred creation of jobs, reduced research, spending and slowed capital expansion,” AdvaMed President Scott Whitaker wrote in the letter, Reuters reported.

The industry group is pushing for the repeal to be done as soon in the new year as possible, noting that companies need certainty.

The good news for Throdahl and his industry colleagues is that the medical device tax may be one of the first to be cut.

While U.S. Senator John Barrasso, R-Wyoming, didn’t state when it might happen, he did tell Reuters it was likely to be done as part of the overall Obama repeal legislation that was moved last year but vetoed by Obama.

“It did include the medical device repeal, so I would expect that to be part of the list as well. It’s to repeal the taxes related to Obamacare,” Barrrasso said in the Reuters story.

Bob Wood, a health care lobbyist and president of government affairs at the lobbying firm Barbour, Griffith and Rogers, told The Washington Post the entire health care industry is looking to the new GOP-controlled administration to make good on its vow to repeal and replace the ACA and the taxes that were implemented to fund it.

“The device tax, the health insurance tax, the Cadillac tax - certainly all those are on the chopping blocks,” Wood said in The Washington Post story published by the Pittsburgh Post-Gazette.

“Those items — the tax on medical devices, penalties for not signing up for insurance and a surcharge on especially generous employer plans — were central to Mr. Obama’s effort to raise revenue to deliver affordable coverage to the millions of uninsured Americans.”

Throdahl said he and others in the industry will “all sleep better at night knowing that it’s gone,” referring to a permanent repeal of the medical device tax.