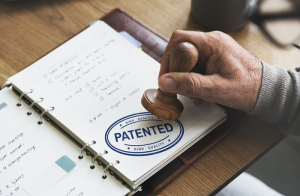 Anti-pain device maker Nevro has filed a patent infringement suit against units of Boston Scientific in a California court, claiming patent violation relating to its Senza system and HF10 therapy.

"Undaunted, Boston Scientific has continued to pursue commercialization" of a competing device "in blatant disregard of Nevro's intellectual property rights," according to Nevro and its attorneys.

The company has, it claims, a good chance of succeeding; decisions from the Patent Trial and Appeal Board in late 2015 rejected Boston Scientific's last effort to kill the patent, according to the legal paper.

At the time, the board found that “Boston Scientific failed to establish a reasonable likelihood of showing that even one of the challenged claims of the '102 patent was invalid,” stated the company.

The lawsuit seeks preliminary and permanent injunctive relief against further infringement, as well as damages and attorney's fees, according to a Nevro statement.

Nevro was founded in 2006 to develop meaningful advances in the treatment of chronic pain to improve patients' lives, according to Rami Elghandour, president and CEO of the company.

Nevro's Senza began its European marketing effort in 2010 and got FDA approval in 2015. Revenues hit $150 million in the first nine months of 2016 – quadrupling its year-ago period figure.

Other devices, claimed the complaint, work at a “lower frequency” as well as creating “different waveforms.”

“They mask pain by replacing it with a tingling sensation known as paresthesia,” according to Nevro, which advised that only its system “blocks pain altogether.”

The complaint also alleged that Boston Scientific is set to market a competitor to the device – for which it is “on the verge” of getting FDA approval.

"Nevro will be forced to compete against the very technology that it spent years researching, developing and bringing to market," Jacobs wrote.

In April, Nevro received FDA approval for its surgical leads, which are specifically designed for use with the Senza Spinal Cord Stimulation (SCS) System delivering HF10 Therapy.

In September Boston Scientific made news with its $210 million acquisition of EndoChoice.

"The addition of EndoChoice products and services to our portfolio supports our strategy to provide comprehensive solutions to gastroenterology caregivers and the patients they serve," said Art Butcher, senior vice president and president, Boston Scientific, Endoscopy. "We expect the acquisition to expand our leadership into new categories in the endoscopy market, and to drive strong, continued growth of our endoscopy business."