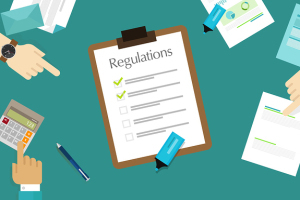 Most Americans say that those who service medical and radiation-producing electronic health care equipment should be “consistently regulated,” according to a recent survey by the Medical Imaging and Technology Alliance (MITA).

The feelings reportedly apply to both original equipment manufacturers and third-party servicers.

“Although many third-party service organizations perform quality work, the lack of consistent oversight and regulation is a direct threat to millions of patients who rely on medical devices for their health,” Nelson Mendes, MITA Board Chairman and CEO of Ziehm Imaging said in a statement.

“It’s clear from this survey that Americans overwhelmingly agree with our view that FDA should extend regulatory oversight, including minimum quality, safety and regulatory requirements, to all entities servicing medical devices.”

While the FDA currently covers device servicing done by a manufacturer, third-party servicing is not currently regulated by the administration.

“Patient safety should be the top priority for all companies performing service on medical devices, and we believe the FDA should be consistent in its regulation across the space, including third-parties and original equipment manufacturers,” stated Dennis Durmis, vice president and head of commercial operations, Radiology Americas, at Bayer.

The survey looked at public assumptions about the way in which such servicing is regulated.

The issue of third-party service and refurbishment has been an area of focus for the FDA all year, starting with a docket calling for input on the definition of these terms, and recently addressed in a Silver Spring, Maryland, workshop that drew hundreds of stakeholders together from each side of the discussion.

Two perspectives on present practices and the issues emerged at that meeting, as reported by HCB News:
1(current)
2