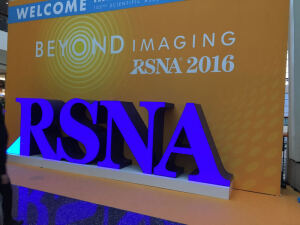 #RSNA16
There is no hard-and-fast age to stop breast cancer screening, a new largest-ever study has found.

The new findings bolster guidelines that call for screenings based on “individual patients and their health status,” without an arbitrary age limit.

"There has been a lot of controversy, debate and conversation regarding the different breast cancer screening guidelines, even among major national organizations, over the past few years."

This study could alter the 2009 United States Preventive Services Task Force (USPSTF) guidelines that advised that there was insufficient evidence to weigh risk-benefit of screening mammographies in over-age-75 women.

The study reviewed nearly 5.6 million screening mammograms in the National Mammography Database for the 2008-2014 7-year period.

"The continuing increase of cancer detection rate and positive predictive values in women between the ages of 75 and 90 does not provide evidence for age-based mammography cessation," Lee said, noting that, “we know that the risk of breast cancer increases with age."

Breast cancer is the second-most frequent cancer for U.S. women after skin cancer. The American Cancer Society estimates that in 2016 alone there will be about 246,660 new cases of invasive breast cancer, 61,000 new cases of carcinoma in situ, and approximately 40,450 women will die from the disease.

Breast cancer screening has faced a number of controversies recently. Payment from insurance companies has figured into the debate as well.

In fact, in October, a study of a 2014 New Jersey law that requires insurance companies to pay for supplemental ultrasound and/or MR screening if a woman has dense breasts diagnosed, revealed that it has resulted in better patient care and outcomes.