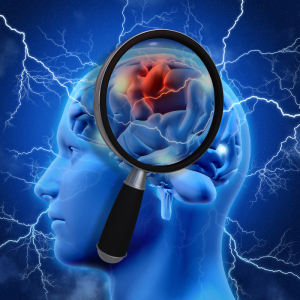 Despite much hope and promise, the Eli Lilly anti-Alzheimer's drug “did not meet the primary endpoint” in its phase 3 clinical trial.

Lilly will not pursue regulatory submissions for the agent's use in Alzheimer's, it stated.

People with mild dementia in the study did “not experience a statistically significant slowing in cognitive decline compared to patients treated with placebo,” the pharmaceutical giant said in a statement.

Solanezumab aids the body to rid itself of amyloid by binding to it.

Despite the ultimate failure to alter the course of the disease, results “directionally favored solanezumab,” Lilly reported.

"The results of the solanezumab EXPEDITION3 trial were not what we had hoped for and we are disappointed for the millions of people waiting for a potential disease-modifying treatment for Alzheimer's disease," John C. Lechleiter, Ph.D., Lilly chairman, president and chief executive officer, said in the statement. "We will evaluate the impact of these results on the development plans for solanezumab and our other Alzheimer's pipeline assets."

Lilly incoming CEO David Ricks noted in a conference call that the failure exemplified “why our business is hard, and it’s expensive. But at the end of the day, it’s worth it,” according to Bloomberg.

At present no next steps for solanezumab development have been set by the company, but it is grateful for “the dedication of the patients, their families, and the clinical investigators who participated in this study," stressed Jan Lundberg, Ph.D., executive vice president of science and technology, and president of Lilly Research Laboratories, who added that, "Lilly remains committed to Alzheimer's research as we have been for nearly 30 years, and our portfolio includes many other promising approaches."

Lilly stated that it anticipated taking a pre-tax fourth-quarter charge of about $150 million as a result of the study.

Some researchers have advised that even the mild onset stage might be too late to begin treatment with the agent.

The failure of the drug to work by this point in disease progression "strengthens my belief that we should be trying this before people have symptoms," Dr. Reisa Sperling, a neurologist at Brigham and Women's Hospital in Boston, told the Associated Press.
1(current)
2