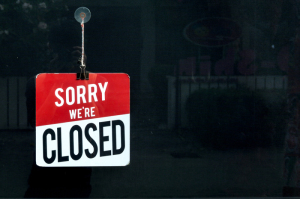 Thousands of Illinois women have just been alerted that their mammograms may be inaccurate.

They were warned by letter from Belleville Imaging, and the Illinois Emergency Management Agency uncovered the problem during a routine review.

“There is a serious concern about the quality of mammograms conducted,” the letter stated. At issue are images performed during a period from May 20, 2014 to August 20, 2016, according to a report by KSDK.

The letter sent to those impacted went on to advise that, “This notification does not mean the results given you and your physician were wrong or inaccurate, however, patients will need to have their mammograms... reviewed to determine whether a repeat mammogram at another facility is needed.”

Records of impacted patients have been sent to Memorial Hospital for follow-up.

“If they [patients] have had a mammogram and it's been less than a year, then I think the safest course is to have that mammogram repeated at another facility,” said Dr. Jim Clanahan, medical director with Memorial Hospital's Breast Health Center.

There is no cause for undue alarm, he stressed.

"Most of the mammograms are going to be normal and the ones that are abnormal, most of those turn out not to be cancer," he advised. "So, please go ahead and get evaluated. Everything is probably still OK ... be proactive and make sure it gets taken care of."

The American College of Radiology conducted a review looking at Belleville Imaging's records and found that both quality and interpretation were at issue in a significant number of them, according to the Belleville News-Democrat.

The review uncovered 18 images that “did not meet the ACR’s clinical image evaluation criteria,” the News-Democrat stated, citing Dr. Jean M. Weigert, chair of the Committee on Mammography Accreditation. “In addition, the ACR reviewer did not agree with nine out of the 30 interpretations.”

“Many of the deficiencies were severe,” she noted, adding that, “the ACR believes that this facility’s practice poses a ‘serious risk to human health’ based on specific comments from the clinical image reviewer.”

Troubles with the imaging included, according to the ACR: breast positioning and compression, noise, and film exposure, contrast and sharpness.

Beyond that, in nine of the exams the diagnosis was disputed. According to the ACR findings there were “eight abnormalities that weren’t recommended for follow-ups," the paper reported. The ACR report also uncovered an image that led to an unneeded MR. “The annual MR is typically for high-risk patients, and this patient is not considered a high-risk patient,” ACR noted.

IEMA suspended mammography at Belleville Imaging in August, upon receiving the review from ACR. The facility will have a chance to fix its quality issues and reapply, according to the News-Democrat.

Adding to its troubles, the imaging center had a computer crash that may have lost images from 2015.