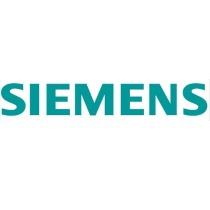 Capitalizing on a 'silver lining'
of a Trump presidency
Siemens has announced its intention to spin off its health care business, Siemens Healthineers, as a publicly listed company to "give it even greater flexibility in implementing its growth plans."

"Health care technology is a highly attractive business in which we want to further expand our leading position," Joe Kaeser, president and CEO of Siemens AG said in a statement, adding that "with this step, we continue to implement Vision 2020 launched in May 2014."

He stressed that the public listing will give the Healthineers "even more focus and flexibility in pursuing its growth strategy."

The move had been in the works since 2014, when Siemens created the health care component as a "company within the company." This gave it the ability to be agile enough to adjust to the the massive transformations sweeping the health care market.

"The public listing is now the next step in further strengthening Siemens Healthineers in Siemens for the future," he stated, stressing that the move came during a period when the Healthineers already held "a leading position" and the company had boosted its market share.

"Our forecast doesn't leave much room for error," Kaeser told a news conference at the company's Munich headquarters, according to Reuters, adding however, that the shock victory of Donald Trump in the U.S. presidential election could have a silver lining for Siemens, given Trump's campaign promises to rebuild infrastructure.