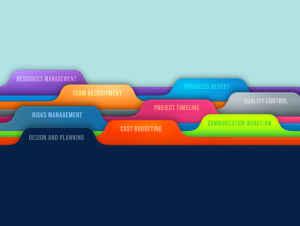 What do Los Angeles-based Cedars-Sinai Medical Center and Boston-based Brigham and Women’s Hospital have in common, besides being two of the top medical institutions in the world?

The FDA has listed them in its just-released summary reporting on hospitals concerning “their failure to keep written medical device reporting procedures and to report adverse events,” according to a report at the Regulatory Affairs Professionals Society website.

"We believe that these hospitals are not unique, in that there is limited to no reporting to FDA or to the manufacturers at some hospitals,” stated the director of FDA’s Center for Devices and Radiological Health, Dr. Jeffrey Shuren, in an October 24 FDA blog post.

He added that “FDA is looking to improve the way we work with hospitals to modernize and streamline data collection about medical devices.”

In an effort to improve communication of these issues, the agency will hold a public workshop on Dec. 5, entitled, "The Role of Hospitals in Modernizing Evidence Generation for Device Evaluation: Harnessing the Digital Revolution for Surveillance."

According to an analysis of the FDA data by reporters at the Star Tribune, “the FDA has accepted late reports that cover hundreds of thousands of incidents, sometimes years after the fact, and has created a program that lets device makers keep the details out of view.”

So many reports come in after the 30-day deadline, the story noted, that the agency had to start a retrospective reporting program, which is not found on the FDA website.

“That’s a loophole you’ve identified,” Dr. David Challoner, who led a study of adverse-event reporting in 2011, told the paper. “It should not happen.”

And Minnesota Sen. Al Franken, a member of the Health, Education, Labor and Pensions Committee, who was contacted by the publication, also found the process alarming.

“The current medical device reporting system is flawed, and that’s in part because of lax enforcement of existing rules, exacerbated by retrospective summary reporting,” Franken said.

The hospital inspections were provoked by a raft of recent device-generated patient injuries, especially those involving duodenoscopes and morcellators.