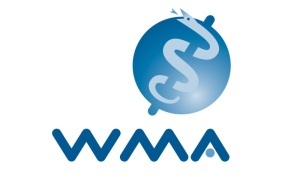 An Indian doctor battling corruption charges has been named president of the World Medical Association (WMA).

The physician, Dr. Ketan Desai, was chosen to become the world medical ethics group's president in 2009.

Then in a 2010 case, Desai was slapped with corruption and criminal conspiracy charges linked to allegations he had taken a $450,000 bribe from a medical college to help it get the Medical Council OK to add more students, according to a Reuters report.

The college, which wasn't indicted, refused to comment. Desai didn't respond to queries from the news agency, but has protested that he is innocent and is out on bail as the case continues. WMA spokesman Nigel Duncan told the agency that beyond announcing that Desai had given his inaugural address at the association's annual assembly in Taiwan, "I don't think there's anything we want to add."

Reuters added that the Indian Medical Association also had no comment when queried on the matter.

In 2015, the news agency reported that the France-based WMA may have been misled about the legal status of the cases, in that the Indian Medical Association apparently erroneously informed it that charges had been dropped.

“It’s terrible, in general, that this hangs like a great pall over everything,” said Sir Michael Marmot, a British doctor who preceded Desai as president, told the agency at the time. “We need clarity. It’s just not good for anybody.”

One case is pending appeal to India's Supreme Court, but has not yet been dismissed, Reuters learned from an unnamed source at India's Central Bureau of Investigation (CBI).

The next hearing is scheduled for November 4.

A second case, according to Reuters, alleging conspiracy to add additional students at a private medical school, is also stalled as investigators in the Uttar Pradesh state wait on a go-ahead from the government to prosecute.

These delays are being attacked by Kunal Saha, president, People for Better Treatment (PBT), based in the U.S. "I have sent a legal notice to the MCI and Health Ministry demanding immediate action to stop this atrocity. We will move [to the] Supreme Court if Indian authorities fail to take any action within seven days," he told the Business Standard.

That publication reported that Saha's communication to MCI stated, "I'm sending this legal notice to you seeking your urgent attention and immediate intervention to a matter of great public interest against the baleful promotion of a grossly tainted physician, Ketan Desai, ex-MCI president, to the prestigious post of World Medical Association (WMA) president." His statement to the organization also stressed that Desai's presidency was “in blatant violation of an order passed by this MCI, suspending Dr. Desai's medical registration and categorically barring him tofrom participating in any medical association as a doctor."

The MCI order, according to the publication, stated to Desai that its decision was "to suspend your right to practice medicine during appeal/complaint alleging professional misconduct on your part.”

When pressed by that publication, spokesman Duncan replied, "In response to your query, a WMA comment would be that 'to our knowledge all criminal charges have been dismissed against Dr. Desai.'”