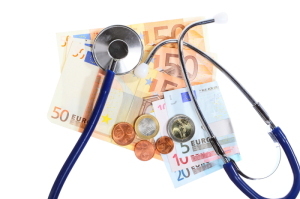 Waste in health care is a global trend – and challenge.

The latest example comes from the UK's National Health Service, according to a story in The Mail on Sunday, which displayed shocking photographic examples of mountains of allegedly tossed-out medical equipment all over the country.

The stunning photos led Health Secretary Jeremy Hunt, who promised action, to respond, “Any unwarranted waste, particularly at a time when the NHS is under financial pressure, reduces the amount of money available for frontline patient care,” adding that, “We are giving hospitals support to clamp down on these sorts of costs. We are also exploring ways that trusts can reuse key devices.”

“This is a nettle the NHS needs to grasp,” Paul Cooper, a professional medical adviser at the College of Occupational Therapists, told the paper. “Equipment pick-up services and convenient drop-off centers in the community should be available.”

Two private firms, NRS Healthcare and Medequip UK, whose locations with piles of allegedly discarded gear were pictured by the paper responded to the Mail. The “vast majority” was recycled, according to NRS. This was done after a “carefully thought through balancing safety and cost,” according to Medequip. Both firms are also NHS suppliers.

The challenge of recycling was in the news in the U.S. thanks to a just-reported study of surgical waste at University of California San Francisco, as HCB News reported.

That research, published in the May issue of Journal of Neurosurgery, looked at 58 neurosurgeries performed by 14 different surgeons at UCSF Medical Center. Across the 36 cranial and 22 spinal procedures, the average cost of unused supplies was $653 – with a range from $89 to $3640. This represented 13.1 percent of the total cost of surgical supplies. The total came to a stunning $2.9 million a year.

UCSF neurosurgeon Dr. Michael Lawton was an author of and one of 14 surgeons monitored in the study. He does about 400 surgeries annually and noted that if he saved $1000 an operation that would come to $400,000 a year in waste reduction. “These savings could translate into teaching and research opportunities, and also allow more patients to come in” for treatment,” he noted.
1(current)
2