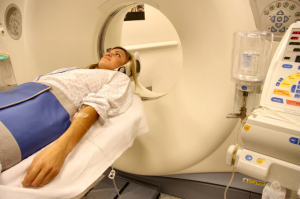 CT dose optimization seems to have become the topic du jour in hospitals and imaging centers, at accreditation bodies and in regulators’ offices. Never before have radiologists, technologists, administrators, medical physicists, equipment manufacturers, software makers and so many other related personnel been so focused on ensuring an optimal combination of radiation dose and image quality in CT scanning. While the reasons for dose optimization in CT, and in other modalities as well, are by now well-known to the reader, what may not be as well-known are the impacts of this effort on stakeholders around the country and world. The CT dose optimization effort has affected, and been affected by, all of these groups of individuals and bodies, and some of those effects will be discussed in this article for the purpose of illustrating the current state of CT dose optimization in the U S.

The evolution of CT dose optimization efforts, recommendations and requirements
It is helpful, when evaluating the current state of CT dose optimization in the U.S., to look back at the evolution of attention and efforts in this area. While the need to maintain radiation doses as low as practicable, given the diagnostic need, has been known about for many decades, a truly sophisticated treatment of the issue is relatively recent, occurring only in the past decade.

Beginning in 2008, there was a marked increase in popular press articles concerning medical radiation exposures (and overexposures) to patients. While the overexposure cases described in these articles were extreme outliers, and some of the scientific details in other articles were not settled matters of fact, these articles and others like them did rightly focus attention on the issue of CT radiation overexposure. They also led the radiology industry to face certain uncomfortable facts, including: many or most health care facilities did not have robust knowledge, organization and administrative control over their CT protocols; many or most facilities had no idea whether their CT protocols appropriately balanced dose and image quality; and many or most facilities had no idea how their patient CT doses compared to external benchmarks or national averages. Lastly, these articles captured the attention and concern of the public, and with them, elected representatives, regulators and accreditation bodies, all of whom responded in due course.

In 2010, the Image Wisely campaign was launched by the American College of Radiology (ACR), the Radiological Society of North America (RSNA), the American Association of Physicists in Medicine (AAPM) and the American Society of Radiologic Technologists (ASRT) to address concerns about the surge of public exposure to ionizing radiation from medical imaging, and to lower the amount of radiation used in adult imaging and eliminate unnecessary procedures.
1(current)
2
3
4
5
6
7