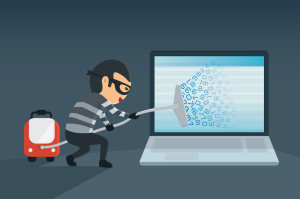 In W. W. Jacob’s supernatural tale The Monkey’s Paw, the person holding the titular charm is granted three wishes. It doesn’t take long, however, for that person to discover that every wish is also accompanied by a curse. So it is in the world of business. The granted wish was the ability to gather, process and exchange data more easily to improve efficiency and service customers better. We have that in abundance. The curse that has come with data, however, is a marked increase not only in the volume of fraud, waste and abuse (FWA), but also in the relative ease with which FWA can be perpetrated.

In other words, you used to have to be a professional with some level of skill (and bravado) to be a criminal. Now all you need is access to the Internet. This has certainly been the experience in health care. Over the last five to 10 years, there have been significant advances in the digital transformation of health care, such as the move from paper to electronic health records and the increased use of telemedicine.

These advances have resulted in an improvement in efficiency, quality and safety, yet they have also created new opportunities for health care fraud and medical identity theft. One area that is particularly troubling is in the fraud, waste and abuse of prescription pharmaceuticals — particularly opioids (pain killers), which present not only a financial risk, but a significant public health hazard when they fall into the wrong hands.

Spending for these medications among Medicare Part D beneficiaries alone increased 156 percent from 2006 to 2014. The total number of beneficiaries receiving opioids grew by 92 percent in that time, compared to 68 percent for all other drugs. These figures translate into $7.8 billion being spent on controlled substances.

So here’s the rub: if just 1 percent of the nearly $375 billion being spent on all prescriptions in the U.S. is fraudulent, that translates into a $3.75 billion loss. That puts it into the same financial league as credit card fraud, but with much more dire consequences for the nation than someone ordering a free computer or booking an unauthorized vacation on someone else’s dime.

As in many industries, one of the challenges with detecting FWA of prescription drugs in a timely manner has been a reliance on manual review methods — in this case, poring over spreadsheets to look for patterns. Further exacerbating the problem, these manual methods can lead to many false positives, taking up time that could and should be spent on tracking down real abusers of the system.
1(current)
2
3