Critical test management gets the attention that it deserves 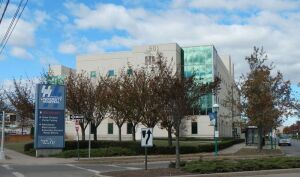 HealthCare Business News spoke with Dr. David Hirschorn, director of Radiology Informatics at Staten Island University Hospital, about the success his facility has achieved with its approach to ensure critical test results reach the right people at the right time. According to Hirschorn, critical test result management is a key element that’s underserved in the health care system and institutions are struggling with adoption. “It’s nowhere near 100 percent, and there are several reasons for that,” Hirschorn says. At its heart, it seems like a simple task: if a radiologist identifies a problem from a scan, he or she will assess the severity of the problem to determine if it’s something in need of immediate attention or something to be noted for follow-up.

“If we see an aneurysm and it’s leaking on a CAT scan, it’s a time bomb,” says Hirschorn. “Something like cancer won’t kill a patient right away, but if no one knows to follow up and you didn’t treat it, instead of saving them, they die later. It’s not something you’re just entitled to put into a report and walk away from.” Regardless of the severity, information about those findings needs to be passed to the proper individuals.

Hirschorn identifies three main barriers for sharing that information. In some instances, the first challenge is knowing whom to call. “That’s generally not a problem in the outpatient and ED,” he says. “For outpatient, you call the guy who ordered the test and generally, outpatients aren’t that sick, so the urgent findings don’t happen often. In the ED it’s also usually not a problem since they’re there 24/7. You call the department and ask who’s in charge of the patient.”

The communication breakdown usually occurs on the inpatient side. “For that, the patients aren’t all in one place, and there’s not one number to call to find out who’s taking care of the patient at the moment,” Hirschorn says. “Often, the doctor who ordered the test isn’t the one who needs to get the results. Who’s taking care of the patient right now is on the grease board in the nursing station, or on a paper somewhere.” Precious time may also be spent determining how to reach them, too, and EMR systems are of little help. “The EMR keeps track of the patients, but not the medical team. Most hospitals do things the way they’ve been doing them for decades because that’s what ‘works’ for them,” he says.

That antiquated system leads to the third barrier — after identifying whom to reach and how to reach them, there’s no guarantee they’ll be on the other side of the line when the call is made. “I get the doctor and find out that’s not the right doctor and they don’t know who to call. Even if you know who the contact is and how to reach them, the odds of that information being incorrect are significant enough to give the radiologist pause,” says Hirschorn. “It leads them to trying to rationalize that it’s not that critical of a result to report. This is a problem across the country.”
1(current)
2