IT Matters – The birth of PACS 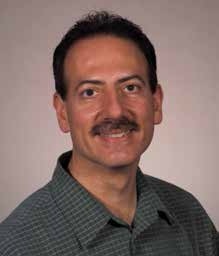 Dr. Eliot Siegel
Obviously, there was a time B.P. (before PACS). Unlike some of the other historical ages though, B.P. wasn’t all that far back, and HealthCare Business News had the opportunity to catch up with Dr. Eliot Siegel, the guy who was truly there from the start – not just someone in health care at the time, but the person literally there in the physical presence of the first PACS being installed and used over the last couple of decades in a hospital setting.

To add to the intrigue, we caught up with Dr. Siegel just a couple of weeks after that first system was decommissioned. He was gracious enough to share a brief history of PACS from his truly unique perspective. Siegel was just out of medical school training when he was asked to come in as the chief of the radiology department at the V.A. Coming in with a fresh perspective, he asked if the V.A. would be willing to support a filmless radiology department. Somewhat to his surprise, he was given a green light to figure out a budget and whether it was possible to develop the department. “Since no one had done it before, even the DICOM standards weren’t fully agreed upon or completed,” recalls Siegel.

So Siegel and his team went to work to figure out how going digital would impact everything. “We had to work out the timeline and figure out how long it would take to get the technology into place and the modalities it would affect, and even how we could transfer information into PACS,” Siegel says. “And there was also the challenge with staff. There was no experience among radiologists of reading filmless. Looking back, it was probably a real benefit that I was fresh out of my training since I probably didn’t realize how substantial the challenges were to make this happen.“

Siegel says the V.A. fully committed to the idea, building the new department without the capability to do film. “So we created a situation where we kind of forced ourselves to move away from film,” he says. “We weren’t even sure of the legality of reading without film.”

Information gathering
So all of a sudden there was the potential to go filmless in a hospital. Yet, there was also the potential for a lot of problems. “No one was sure what would happen when radiologists had an unlimited ability to stack images, window level, and so on. We weren’t sure whether or not it was practical from speed and performance or an economic perspective for that matter,” Siegel says.

So the team traveled around the country speaking with experts about their experiences with workstations and interviewing vendors to see what they had. “We had some help from the Army, who also came to the same conclusion with about 60 people on their team, and the Hammersmith hospital that had about 12 people. All were in the process of writing specifications for going filmless,” Siegel says.
1(current)
2