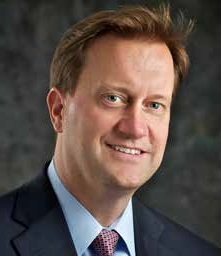 HBCN: How did your career path lead you to become a hospital CEO?
Greg Feirn: I’ve been in New Orleans for 16 years, working in various positions, including at Children’s Hospital, where I transitioned from finance to operations. I became the CEO of LCMC 10 months ago.

HBCN: Tell me what makes LCMC Health unique.
GF: We have grown quickly because we had to. Hurricane Katrina significantly changed the hospital landscape in New Orleans. Charity Hospital, the safety net hospital for the city, was destroyed and University Hospital closed due to damage, which later reopened as Interim LSU Hospital. The State is replacing these facilities with the new University Medical Center, currently one of the largest hospital building projects underway in the country – its about a $1.2 billion project.

The facility is scheduled to open midsummer. The new hospital is being built to withstand any future wind and flooding threat. University Medical Center is at the center of the rebirth and redevelopment of the city, so it’s very exciting. We’re very proud to be partnering with the state through a management agreement to operate the facility. LCMC evolved when Children’s acquired Touro Infirmary, the city’s only community-based, nonprofit, faith-based hospital. Touro is the only birthing hospital in the city and we had a strong relationship with them through pediatric referrals. Since then we have gone on to develop management agreements with the new University Hospital that I’ve already mentioned, and an agreement with New Orleans East Hospital, a new facility that opened in 2014 to also replace a hospital destroyed in Katrina.

And we’ve recently signed an agreement to manage West Jefferson medical Center, which I believe will go into effect this summer. The sheer size of our patient settings and amenities we offer differentiates us. Patients want and expect quality and safety on demand. We also work with physicians across a wide range of practice models, from employed doctors in our academic centers to the medical staff in our community hospitals that have a strong tradition of the private practice model. This includes working with some physicians in stand-alone surgery and imaging center agreements.
1(current)
2