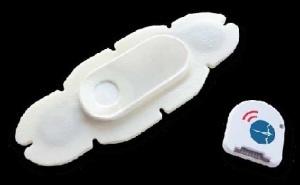 The patient monitoring market is exploding, with wearable technologies ranging from activity trackers like Fitbit and the Apple Watch, to patches that monitor ECG, skin temperature, and heart and respiratory rate. But the question is which ones are actually useful for physicians.

The patient wears the device around their neck, on their wrist or attached to their skin and it continuously monitors their vitals in real time so their physician can stay informed on the status of their health. But the problem is that physicians are being hit with a tidal wave of information and a drastic change in workflow is needed for them to stay afloat.

Since the wearable industry is still in its infancy, problems like these are still being ironed out. Companies are working on solutions to get physicians the most important information they need at the time they need it.

But even with this influx of sleek, new wearables, there’s still a need for the larger, more comprehensive monitors commonly used in the intensive care units. However, that could change within the next few years.

Wave of wearables
The global wearable medical device market is expected to grow by 21.3 percent and generate $41.3 billion in revenue by 2020, according to a recent IndustryARC report. Many companies, both OEMs and start-ups, are interested in breaking into this market but not all of them are sticking around.

The one way to separate a consumer wearable from a medical diagnostic wearable device is whether it has approval from the FDA. Vital Connect’s HealthPatch MD scored approval last April and partnered with the telemedicine company, LifeWatch, in November to roll the patch out to hospitals.

It weighs less than 10 grams, is less than a quarter inch thick and is worn on the patient’s skin to continuously measure ECG, heart rate, heart rate variability, respiratory rate, skin temperature, posture and steps.

The patch itself is disposable but the sensor chip inside of it is reusable. It can communicate with a smart phone and the data can be sent into the cloud where it can be stored and sent to a physician’s smart phone or a nursing station.

Another company making a splash is Sotera Wireless with its ViSi Mobile System, which received FDA approval in October 2013. It weighs just over four ounces and straps onto a patient’s wrist in the ICU or on the general medical-surgical floor to continuously measure ECG, heart rate, respiration, skin temperature and noninvasive blood pressure. All of the information is sent to a central nursing station and a mobile device, and is also automatically entered into the patient’s EMR.
1(current)
2
3
4
5