Cost Containment Corner – The case for value based care

Cost Containment Corner – The case for value based care 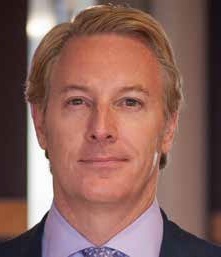 Richard Kimball, Jr.
From the May 2015 issue of HealthCare Business News magazine

HealthCare Business News recently spoke with Richard Kimball Jr. about the move to value-based care. Kimball is a health care technology professional with a background in investment banking, venture capital and public policy. He is also a Fellow in Stanford’s Distinguished Careers Institute and he is behind the health care technology start up HEXL.com.

With the ACA finally in place (at least until the next election) the push for value-based care has gained momentum. Meanwhile feeper-service, while lucrative for some facilities, seems to be a dirty phrase in the public mind.

Although it’s getting more ink as of late, the value-based care reimbursement plan isn’t new. “It’s been around for a long time in various pockets around the country, particularly in Southern California with Heritage and Health-Care Partners. The delegated capitated modelhas been around for about 25 years,” he says.

According to Kimball, those facilities and a handful of others started along the roadas far back as the mid ‘80s, likely with diagnostic-related groups taking the first steps in that direction. “That was started when Medicare started paying hospitals for a full procedure rather than its separate components. From there, we went to bundled payments which handled a broader range of procedures and components,” Kimball says.

“The shift to value-based reimbursement is being accelerated by the creation of the Accountable Care Organizations. Hospitals and physicians are beginning to get experience in value-oriented paradigm.” The problem with ACOs, says Kimball, is that while hospitals and physicians do share in the improvements to patient care, it’s only a small improvement and doesn’t justify the reengineering of the care delivery infrastructure.

Complicating the matter further is the fact that some hospitals are turning a healthy profit right now, so they’ll be reluctant to move into a new structure, especially when it has the potential to hurt the facilities that are doing the best by moving to value-based care. “It’s a very tricky timing matter. Fee-for-service is reasonably profitable. If a hospital moves too quickly, they’ll get financially hurt, because they won’t be able to downsize quickly enough,” says Kimball. “So one way to do this is to take groups that aren’t profitable to begin with, for example, the Medicare or Medicaid population and reduce their utilization rates, but continue with commercial on a fee-for-service basis and try to maximize volumes, i.e. the opposite that providers what to do in a capitated environment. ”
1(current)
2