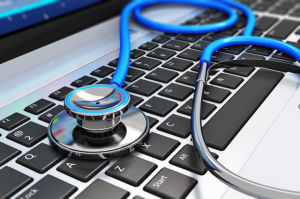 The per capita health care information technology (HCIT) expenditure in the U.K. for 2014 was $43, which is next only to Sweden and the U.S., and makes up 30 percent of Europe’s HCIT budget, according to a new Frost & Sullivan study. The U.K. health care delivery is currently being revamped as the industry finds ways to better connect secondary and primary care and health care professionals and patients.

The National Health Service, Department of Health and U.K. government have set productivity and quality goals to improve health care delivery, which is spurring significant investments in HCIT. In addition, the U.K. government has expanded its HCIT budget and updated legal and financial regulations including reimbursements.

The European commission proposed to use the Connecting Europe Facility and the European Regional Development Fund from 2013 to 2020 to spur health care interoperability, and a few HCIT pilot projects since 2010 have shown improved outcomes and promise for the commercialization of these projects.

But a few large investment projects didn’t have the same success, so the government developed the eHealth strategy and eHealth 2011 to 2017 action plan. This demonstrates the move from a national strategy to locally-managed approach.

"The eHealth strategy is expected to enrich collaboration among care segments, facilitate patient centricity, and improve interoperability," Shruthi Parakkal, a health care research analyst at Frost & Sullivan said in a statement. "The establishment of interoperability standards and amendment of the EU medical-device directive to include HCIT solutions is expected to further accelerate the maturity of HCIT solutions."