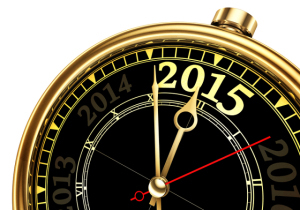 From the January 2015 issue of HealthCare Business News magazine
It’s the time of year when we look back to see which stories our readers valued most during the previous 12 months.

But it's also the time to look ahead and we're sure there are plenty of topics you want us to tackle during 2015. So please feel free to make it your New Year's resolution to reach out to let us know what you want us to cover. We're making it our resolution to bring you coverage that answers your questions and responds to your interests.

The most-viewed DOTmed News online articles in 2014 were:

In May, Siemens AG shook up the entire industry by announcing that its health care division would be managed separately, under the Siemens umbrella. While the move was designed to give Siemens Healthcare greater flexibility to stay on top of an industry undergoing constant changes, it was also seen by some as a first step towards selling off the business entirely. That has not happened yet but in the current climate of mergers and acquisitions, rumors continue to swirl.

In April, Philips Healthcare hit the brakes on manufacturing CT scanners and molecular imaging equipment at its Cleveland, Ohio facility following an inspection by the FDA. Although the suspension of production was voluntary, the impact was costly for Philips’ and raised issues about its place among CT OEMs. Since at least October, the factory has been ramping back up toward normal output, but repercussions continue.

CMS released the final rule for the 2014 Medicare Physician Fee Schedule and Hospital Outpatient Prospective Payment System last January, and breast imaging took a huge hit. The biggest concern was the reductions in access to care and the cuts to breast biopsy codes.

In 2009, a patient was involved in a fatal accident after walking into an MR room at Zwanger-Pesiri Radiology in Medford, N.Y., with his metal walker. The magnet pulled the walker from his hand, causing him to fall and hit his head. Two months later he died. The patient’s family brought the case to court and it went to trial in July.