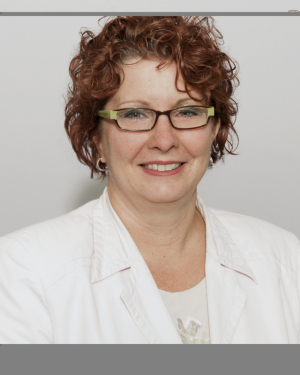 During RSNA 2014, Cleveland Clinic’s Dr. Cheryl Petersilge gave a presentation detailing her facility’s efforts to provide hospital staff with access to all clinically relevant images. HCBN caught up with her after the show to get more details on how the project came about.

“The project was driven by our CIO Martin Harris. At the time, radiology was replacing their PACS,” she said. “Martin had the forethought to realize that with the VNA, we had the ability to provide access to all clinically relevant images. It was a cooperative effort between IT and radiology.”

Petersilge said there were some major challenges to overcome, but the key was making sure a solution was in place rather than building solutions and forging ahead before the problem was addressed. “For instance, we were very methodical about how we access our images.” A strict naming convention was put into place, but it was a group effort and took time. “We put everything on hold for several months once we realized we needed to do this. We worked through what tabs the names show up on and figured out if they should be filterable and how a physician could filter and what identifiers they should have,” she said.

Another challenge was how to handle the needs of specific consumers. “A radiologist might just view two time points, two different CTs for example, while a dermatologist might look at six or eight images over time and you have to figure out how to get that in front of them — it’s not necessarily a team challenge, but a challenge for the vendors.”

Other problems that haven’t come up yet, but Petersilge anticipates, include getting the buy-in of departments not traditionally part of a system-wide VNA and handling microslides.

“A lot of specialists feel that their report is their work product and their interpretation of the image is what provides the greatest value to the physician referred to them, so they don’t necessarily welcome access to the images,” Petersilge explained. “Radiologists were like this 10 years ago, which created a system where the physician would need to see them for access to the images.“

As for microslides, Petersilge pointed out that they’re not really in a digital format, so getting them into the system takes some work. That leads to another point — there will be new image types to drop into a VNA, so vendors will have to rise to the challenge.

Workflow changes
“The nice thing is that you have a workflow engine that is adaptable to different requirements. It’s not just about storage. The real important thing about the workflow engine is that you don’t want to drive people into a radiology-based workflow. For a person going into the ER — the order might say for example, ‘I want a CT of the head,’ and then the image is acquired. But a wound photo, you take a picture of the wound, put it into the system, and then describe. A photographer might walk around and take 20 photographs — and they’re taking a photo of what they see and then they identify rather than being told to take a picture of an issue,” she explained.
1(current)
2