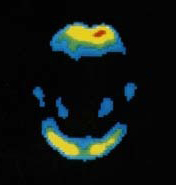 The imaging agent, called Neuraceq, is used in the visual detection of beta amyloid in the brains of patients being evaluated for Alzheimer's disease and related cognitive disorders.

The FDA approval comes four weeks after the company received marketing authorization for Neuraceq from the European Commission.

"The rising prevalence of Alzheimer's disease and cognitive impairment is being felt individually and collectively around the world. Our goal as a company is to usher in a new era of imaging that helps paint clearer pictures of the physiology of such conditions and helps improve patient outcomes," said Dr. Swati Piramal, vice chairperson of Piramal Enterprises, Ltd.

The FDA approval was based on a larger clinical trial as well as an imaging study that examined 205 end-of-life patients who agreed to participate in a post-mortem brain donation program. Researchers analyzed images of brains with post-mortem confirmation of the presence or absence of beta-amyloid neuritic plaques.

"Correlation of the visual PET interpretation with histopathology in these 82 brains demonstrated that Neuraceq accurately detects moderate to frequent beta-amyloid neuritic plaques in the brain and is a useful tool to estimate the density of these plaques in life," said a statement from Piramal.

Earlier this year, the Centers for Medicare and Medicaid Services said they would not cover a beta-amyloid PET scan due to insufficient evidence to conclude that it improves health outcomes for Medicare beneficiaries with Alzheimer's and related dementia. However, CMS did agree to cover one PET scan to exclude Alzheimer's disease, but only for patients enrolled in clinical trials under what is known as a coverage with evidence development program.

Supporters of PET amyloid imaging said they will continue to fight for coverage.

Piramal has partnered with IBA Molecular for manufacturing and distribution of Neuraceq.