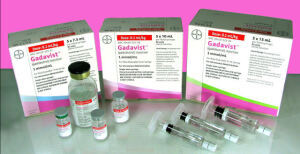 Unlike injectors, which have a tradition of slowly evolving, contrast agents have the ability to leapfrog ahead with what they can do. Even with the advances, existing injectors are able to play their role and get the contrast media where it needs to go.

All that being said, contrast seems to have taken a breather from its leapfrogging. Tried-and-true agents like Bracco Diagnostic’s Isovue hasn’t changed much in the past 28 years even if Bracco has. (The company started off as a contrast media company and morphed into more of a one-stop full service vendor for contrast needs.)

The other elephant in a relatively small room is still Bayer HealthCare. When Bayer acquired Medrad in 2006 and integrated it into Bayer’s Radiology & Interventional business in 2012, they too became a one-stop shop and additional acquisitions of informatics companies like Radimetrics in 2013 and their associated products, only helped to strengthen their portfolio of offerings. With that acquisition, came the introduction of Bayer’s Total Dose Management System.

News of note
We reported in last year’s issue that Bracco was looking to break into a new section of the market with their ultrasound agent SonoVue sometime this year. That big move is still awaiting U.S. Food and Drug Administration clearance, keeping the agent available in 39 other countries, but not the U.S.

And big news about contrast, good, bad or otherwise has been light during the past 12 months with no major new approvals to note and the one exception regarding news of concern being a report issued at RSNA in December. The report detailed some research findings of a medical team from Japan that may establish a link between linear gadolinium- based contrast medium and certain brain abnormalities. However, the study’s patient pool was small, comparing just 16 patients who had received one to six gadolinium-enhanced scans to 19 patients who had received more than six. The study’s lead author, Dr. Tomonori Kanda, from Teikyo University School of Medicine in Tokyo and the Hyogo Cancer Center in Akashi, Japan stressed that there is currently no conclusive proof that the contrast is responsible for the abnormalities and that further research is needed, including research involving macrocylic gadolinium-based contrast medium.

Getting size wise
Surprisingly, the biggest news around contrast medium updates doesn’t involve a new indication or research. It involves packaging. Customers have been demanding repackaging of contrast supplies and manufacturers have responded.
1(current)
2
3