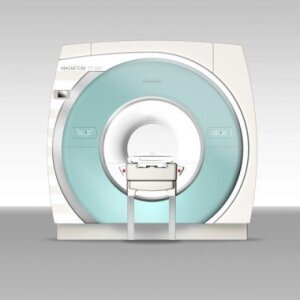 Clinicians have had to rely on neurological examinations in order to diagnose Parkinson's disease. But that could all be changing based on promising research done with 7T MRI.

According to a new study published online in the journal Radiology, 7T MRI was able to provide a detailed view of the region of the brain associated with Parkinson's disease.

Parkinson's affects roughly one in 100 people over age 60, according to the Michael J. Fox Foundation. It's characterized by shaking, stiffness, and impaired balance and coordination.

Researchers studied the brains of 38 people. Seventeen had Parkinson's disease and the rest acted as controls. It's well known that Parkinson's disease results from the loss of dopamine-producing cells located in substantia nigra (SN), a region in the midbrain.

Based on abnormalities in the SN identified by the 7T MRI, the researchers correctly classified patients with Parkinson's disease with a sensitivity of 100 percent and specificity of 96.2 percent, according to the study.

"Parkinson's disease diagnosis remains clinically based, but with the introduction of 7T MRI into clinical practice, a supporting radiologic diagnosis can be made," said Dr. Mirco Cosottini from the University of Pisa in Italy, in a press release.

Currently, clinicians use 1.5 or 3T MRI units for routine imaging. Seven Tesla is much more expensive and still almost exclusively used in research settings. But theoretically, it could lead to higher resolution and faster scans because of its increased signal-to-noise ratio.

Based on the study results, Cosottini said that 7T scanning could help in the early detection of Parkinson's disease in patients. His research team is also exploring its usefulness on other neurodegenerative diseases, like mild cognitive impairment.