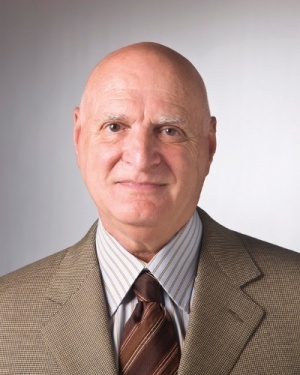 Leonard Arzt
From the March 2014 issue of HealthCare Business News magazine
The National Association for Proton Therapy (NAPT) will hold its second annual conference March 31-April 3, 2014, at the Ritz-Carlton, Pentagon City in Arlington, Va. The need for the conference has grown as more proton centers crop up around the country. There will be discussions on the challenges associated with developing these new facilities as well as the economics and current policy issues surrounding proton therapy, and the current state of clinical trials and studies for proton therapy. Leonard Arzt, executive director of NAPT, gives us a glimpse of what is sure to be an important discussion about proton therapy and what we can look forward to at the show.

HCBN: What kind of year has it been for proton beam therapy?

LA: Plenty of upbeat news to report, as well as challenges with certain insurers. We can proudly point to new centers that opened, which are now providing expanded access in new areas of the country for cancer patients who could benefit from proton therapy. Up in the Pacific Northwest, Pro- Cure’s Seattle Cancer Care Alliance center opened in the spring of 2013 and is the only proton center in a seven-state region. By March, 2014, SCCA will have treated far more than 100 patients.

Another milestone occurred in St. Louis. The Siteman Cancer Center at Barnes-Jewish Hospital/ Washington University treated its first patient with the world’s first proton system of its kind — a single vault lowercost system developed by Mevion. In Tennessee, Provision Proton Center treated its first patients as the new year began. The proton community is looking forward to Scripps Health in San Diego treating its first patient by the time this article goes to press, followed soon by McLaren in Flint, Michigan.

I fully expect several more centers with one-room compact machines to begin treating patients in 2014. I also foresee centers opening in Shreveport, La., Baltimore and at St. Jude in Memphis later this year.

HCBN: What progress has the treatment seen in the past year?

LA: We’ve seen increased use of pencilbeam scanning and IMPT (Intensity Modulated Proton Therapy) in the past year. According to Dr. William F. Hartsell, medical director at CDH Proton Center in Chicago, new protocols are being introduced in the radiation therapy oncology group with a specific focus on evaluating proton therapy for brain and lung tumors. Dr. James Cox at M.D. Anderson, who specializes in treating lung cancers, will speak about proton therapy for lung cancer as the keynote on April 1, at the National Proton Conference.
1(current)
2
3