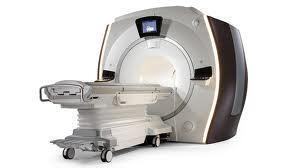 It's no surprise that the MRI scanner install base is aging, but according to a new report, the average age of MRI scanners in the U.S. has increased from 8.7 years in 2010 to 11.4 years in 2013.

Are facilities ready for replacement? It depends who you ask.

The market research firm, IMV Medical Information Division, analyzed responses from 450 MRI administrators nationwide and found that 20 percent of all MRI users plan on purchasing a new MRI in the next three years. Twenty-four percent responded with "maybe." Hospitals versus stand-alone imaging centers represented the main purchasers of these systems.

Hospitals with two-hundred beds or more, as well as imaging centers owned by hospitals, are more likely to buy new MRI scanners in the next few years, according to the study.

Many of the features on new MRI scanners are attractive to potential buyers. The report found that interest is high in 3 tesla MRIs, comprising more than one-quarter of planned MRI purchases. Most of the MRI install base today — more than 70 percent — is made up of 1.5 tesla MRIs. Other features driving purchasing decisions for MRI systems include wide-bore widths of 70 cm or more and other patient comforts, as well as workflow improvements that facilitate speed.

Independent imaging centers, on the other hand, have less capital to spend and are less likely to buy new systems, according to the IMV report. These facilities have been impacted more by reimbursement cuts as well as other changes, as a result of health care reform.

The 2014 Medicare Physician Fee Schedule, which went into effect Jan. 1, 2014, included cuts approaching 40 percent for some MRI procedures. The equipment utilization rate is also going up to 90 percent from 75 percent for MRI.